Fact or fiction? You decide!

We’ve launched our online filmmaking workshops for 2020, and are loving hearing from all the filmmakers on their way to making their very first short films this year!

With over 300 users on the site already, we’re pretty chuffed to be having such as positive influence in so many young people’s lives!

If you haven’t already, you can get in contact with the team and we’ll help you find the best workshop option for you.

Remember,  the competition is open until Monday September 21 (midnight), so there’s heaps of time to work on 1 (or more!) short films for the comp. Some of you might be asking yourselves what kind of film to make. You can craft a fictional story or something creative and experimental, or why not draw inspiration from an experience in your real life and work on a documentary!

Here are some tips to help you decide. 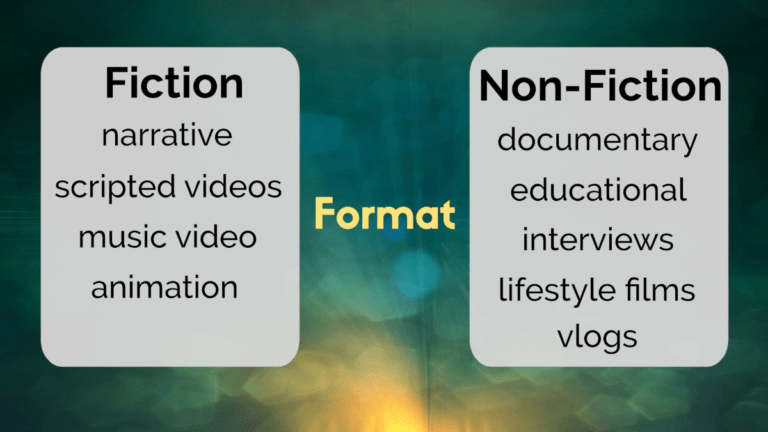 We cover the difference between documentary and narrative in Episode 2 of the Nextwave Online program – as well as examples of both. A fictional film is totally made up, like a short film, animation, or a skit, like a tik tok. A non-fiction film (documentary) will follow real people, maybe a surf, skate or dance film or an interview with a subject!

There’s a few reasons you might pick one format over the other, including what type of film you want to make (things like comedies and thrillers might stick to fiction) but one of the main reasons to try your hand at documentary is because there is a topic or subject you feel passionate about! Documentaries are a great way to really explore what’s happening in your life or in your community.

Now we said comedies are usually fictional films, and while that might be true, you do have the option of dressing your fictional story up, as if it were real. This is called a mockumentary, and there’s so many hilarious examples – like the TV show, The Office or Aussie comedy Kenny. What other funny film or TV examples can you think of that are ‘mockumentary’?

4. What kinds of docos are there?

Just like fiction films, there are lots of different styles of documentary to choose from. You could opt for an interview style of doco, where you sit a subject down and have them talk about their life or an experience in their life, or observational, in which the filmmaker will simply film things as they are, to show the subject as it is, with little to no input from the director.

These are just a few examples of different types of documentaries, but there are heaps more! Why not spend a little time researching and finding what style suits you!

We hope you found this blog helpful in influencing the direction of your film, and we can’t wait to see what you come up with!

Want to get a leg up on the competition and bring the Nextwave online filmmaking workshops to your school? Register your interest below!