Getting ready to film?

The time has come! You’ve fleshed out a story, put a script together, created a storyboard or two, and now you’re ready to film!

Check out our top tips and advice on filming. 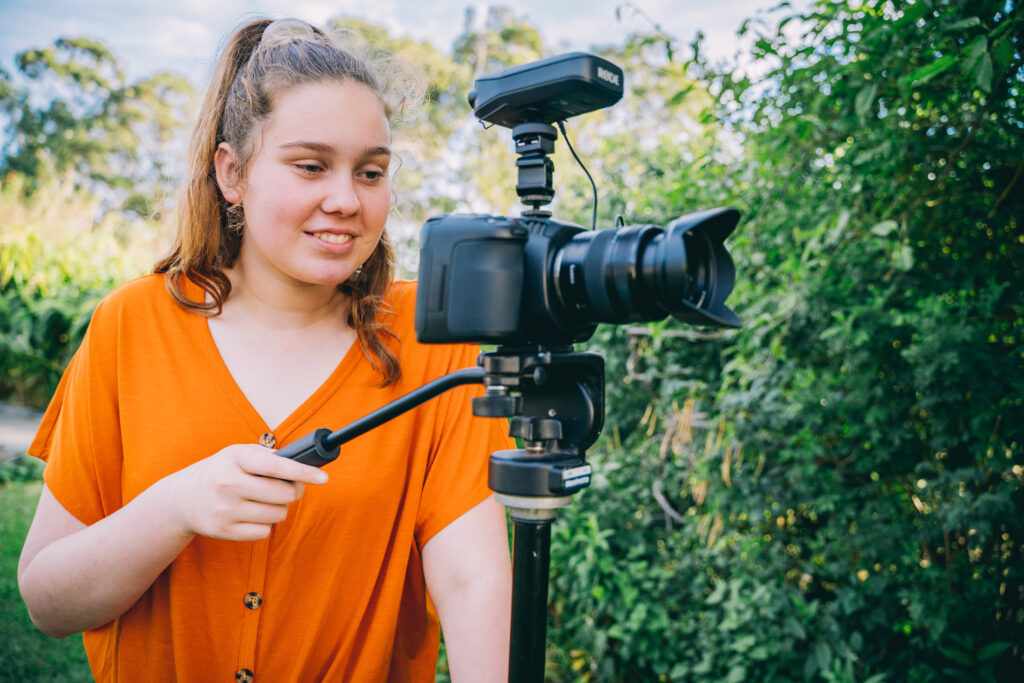 Our top tips for filming

1. The best camera to film with is the camera you have!
Worried about what you’re going to film with? You can make your film with anything you’ve got access to – adjust a couple of settings and your smartphone will do just fine – it’s all about the story, not flashy visuals. But if you can get your hands on a DSLR or cinema camera, why not show off your story for the big screen!

2. Focus…
A great tip is to grab focus on your actors’ eyes with your camera before moving on with the shot. If you get the eyes in focus, then the rest of the shot will be in focus. That’s because we’re so used to focusing on a person’s eyes when we look at them. Plus, so much information can be captured when focusing just on someone’s eyes, especially when you want to draw attention to an emotional or important moment in your film.

3. Picture perfect!
Just like focus, framing your shot is a very important part of the filming process. As a general guide, use a close up shot for small details, a wide shot for action scenes with lots of things going on for the audience to focus on, and a mid shot for conversation. Of course, this isn’t a hard and fast rule – lots of directors will put small details into wide shots in their films, to see if any cinematic sleuths in the audience pick up on the clue!

4. Sound out!
Sound is another important aspect to film that can help tell your story creatively. If you want to make the most of your sound, have a pair of headphones plugged into your camera, you’ll be able to hear what the microphone is recording, which will help you avoid noisy areas like roads and windy spaces. You’ll notice the camera is much more sensitive that your ears!

5. More more more!
More spare batteries and storage that is! This is particularly important if you’ll be travelling to a specific location for your film – there’s nothing worse than running your batteries flat or not bringing an extra SD card. We recommend making a checklist of all the equipment you need to bring with you and mark it off before you go anywhere. Be prepared to film a lot more than you expected!

We hope you found these tips helpful, if you’re hungry for more info on the filming topics covered, we go over all this and more in Episode VI of the Nextwave Online filmmaking workshops! Send us a message and we’ll be in touch with the best workshop option for you!

Want to level up your filmmaking and take part in the Nextwave Online filmmaking workshops? Get in touch below!